HIST 405: MARS AND THE MOON
I’ll set up at least one telescope on campus. Sometime in the evening, you’ll join me and peer through the telescope, which should give you a striking view of the Moon. You will then write a five-page essay that will:

To write your essay, draw on peer-reviewed scholarship on the Moon and its scientific and human histories. Students who draw on more of these "secondary sources" may receive a higher grade. 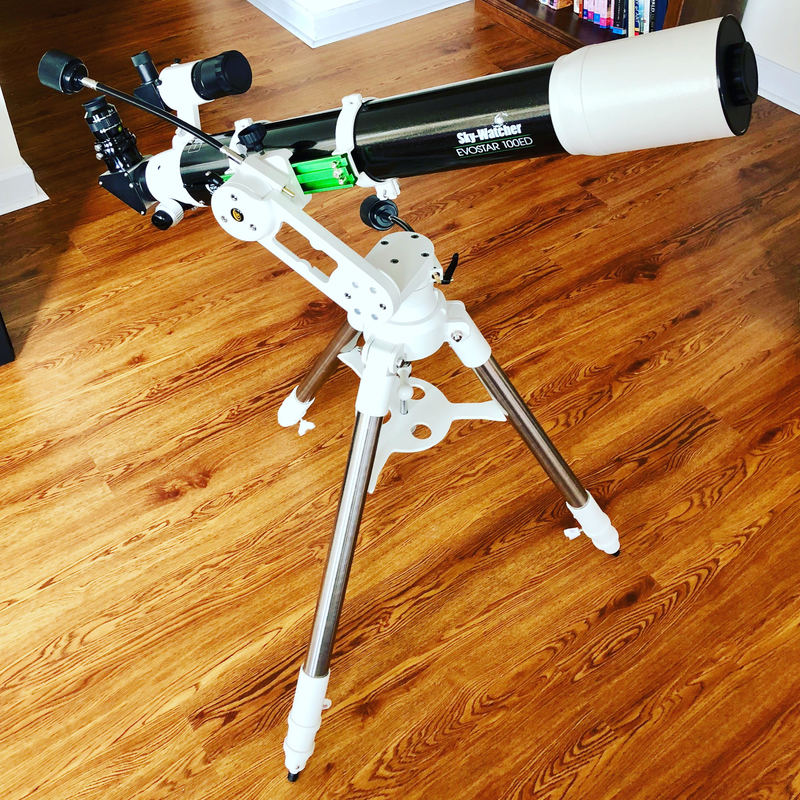 One of the telescopes we'll use to view the Moon.